A Basket of Bears Looking for a Home 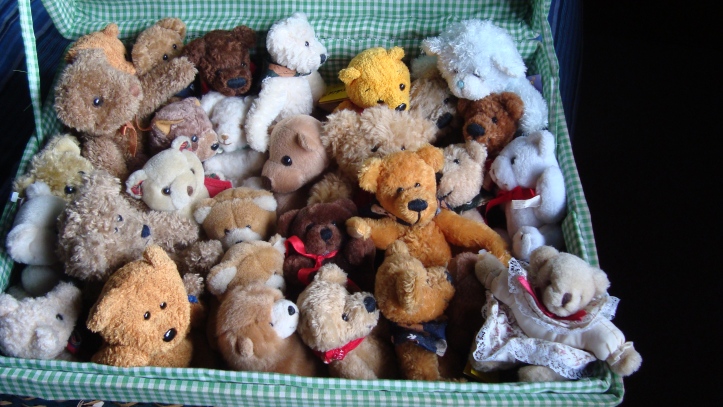 When Mum moved from the house she had lived in for over fifty years into sheltered accommodation there was quite a bit of downsizing to be done.

Among other things was a basket of bears, all of whom had been in need of a home and had been rescued by Mum from charity shops and church fetes. They’d lived more than happily in their basket for many years, but unfortunately there was no room for them in the new flat.

One solution was to give them to the great-grandchildren, but Maddy and Ollie have plenty of soft toys already, so Lucy brought them home to me.

Now, like Mum, I’m a great fan of bears, but even in this household there really wasn’t room for more. Besides alpha bear Palmerstone had objected to any more ursine incumbents, so other solutions had to be found.

I was reluctant to send them back to charity shops because they tend to be overflowing with soft toys, many of whom end up in landfill, but luckily my reading group came up with a plan.  One or two bears were adopted by members, but the majority are on their way to new homes courtesy of Christmas Boxes. Children who won’t have much for Christmas are given boxes full of donated gifts and my bears will be in some of them. 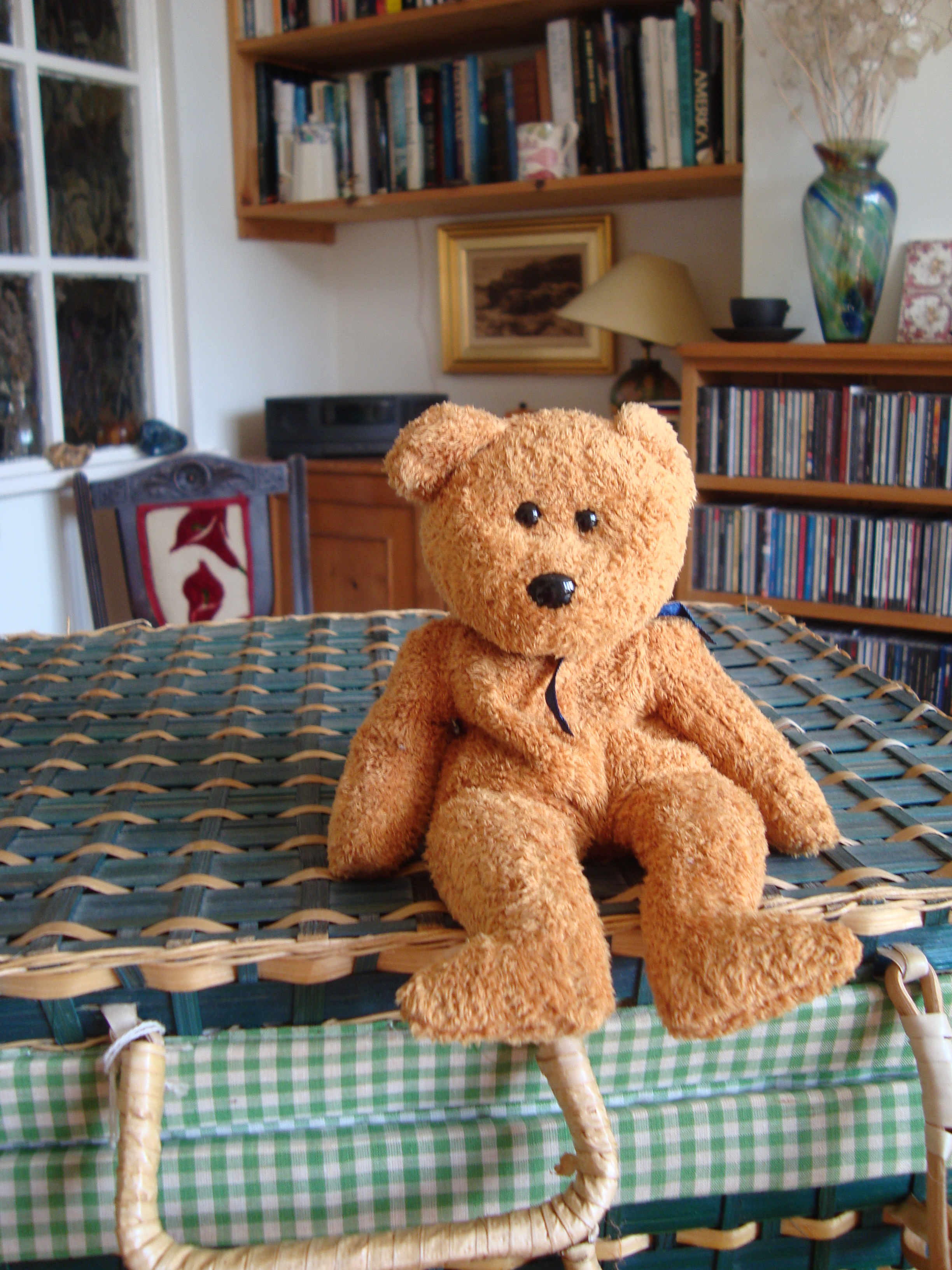 There was one exception however. Somehow or another Pudding is still sitting on my desk. There was something about this little bear’s expression that made it impossible to re-home him, in spite of anything Palmerstone might say.