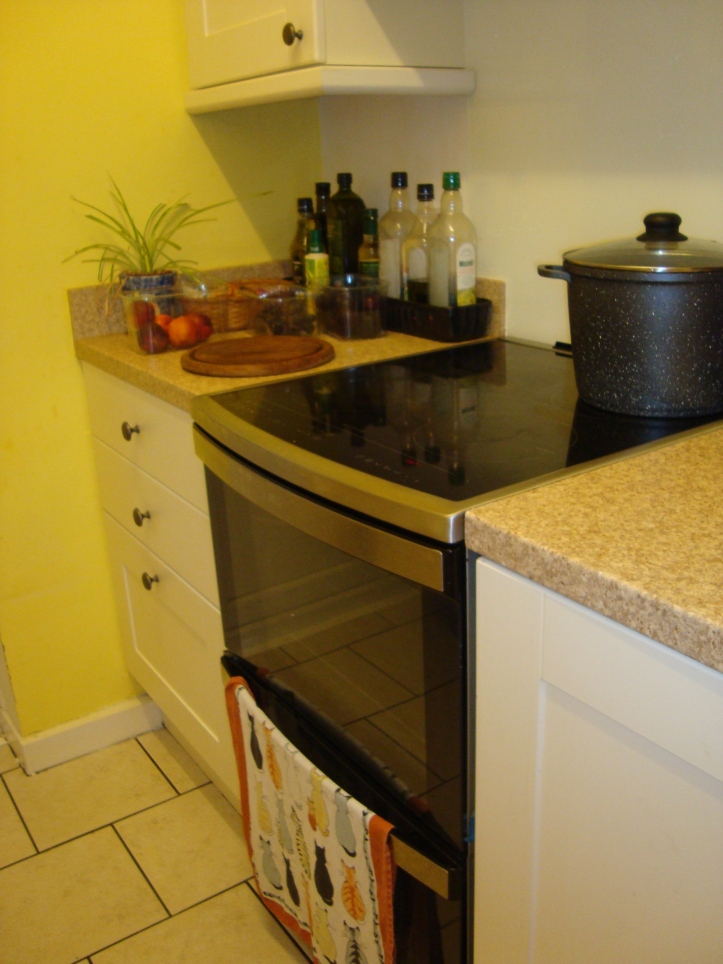 On Thursday I was hosting a meeting and one of the people coming was gluten free. For a long time now I’d wanted to try baking gluten free cakes and I’d found a really good recipe for an almond and raspberry sponge that I wanted to try out. Gluten free flour and baking powder were duly purchased. Ground almonds were bought and I’d checked how much marzipan I’d got. I was ready to go.

As well as the cake I was going to do a batch of mini meringues. I’d planned on doing those the night before as they take a long time in a cool oven and I wanted to avoid any stress on the morning of the meeting.

I switched on the oven. I pressed the sensor to get the right temperature and nothing happened. I tried again. Sometimes I have problems with pressing hard enough. It happens with card machines when I’m putting in my pin, so this is nothing unusual. Again the gage wouldn’t move from 180. I summoned Mike. He tried. We jabbed, we stroked with barely rested our fingers on the sensor. Nothing moved. Nothing changed.

We switched the whole thing off. And on. The hob worked fine. We sorted out the clock. Still nothing.

I googled. No helpful advice came up. My only recourse was to pay a minimal £5 for an AEG approved “Ask the Expert” web site. Not what I call good service, but I was desperate. Technician came back with the answer I was half expecting. The thermostat on our almost two year old state of the art AEG induction cooker was broken.

It got worse. Trying to get in touch with AEG was impossible. Couldn’t get through on the phone and their message box was full! So we rang Currys, who gave us the number of a local electrician –who, we discovered, had gone out of business in January.

Despair. And no cake.

I dashed to the supermarket and bought mini-meringues and gluten free biscuits.

Next morning we went to Currys−I always think it’s better to speak to a person−and the lovely man on the service desk sorted us out.

So, after a long and frustrating couple of days the end was in sight. Rather like my WIP. It’s taken a good long time before I’ve finally worked out what wasn’t working. It’s the first novel I’ve written in the first person and Thea’s voice just wasn’t right. Now that I’ve pin-pointed the problem it’s a question of going through the ms and making sure that the third person narrator voice is gone and I can hear my heroine clearly.

The oven will be back in action on Wednesday. In the meantime this is the recipe for the mini-meringues I was going to make. 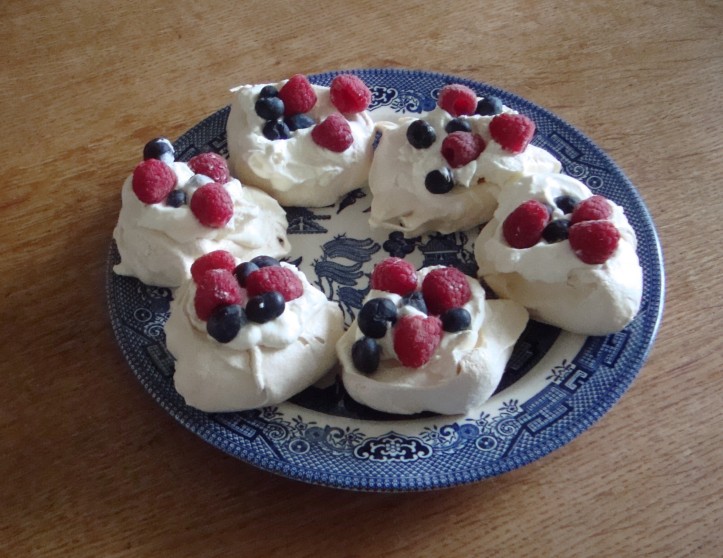 Whisk egg whites and sugar together until glossy, add vanilla. Scoop onto baking tray lined with non-stick baking paper. Cook for 35min. Switch oven off and leave to cool. Serve with whipped cream and summer fruit.