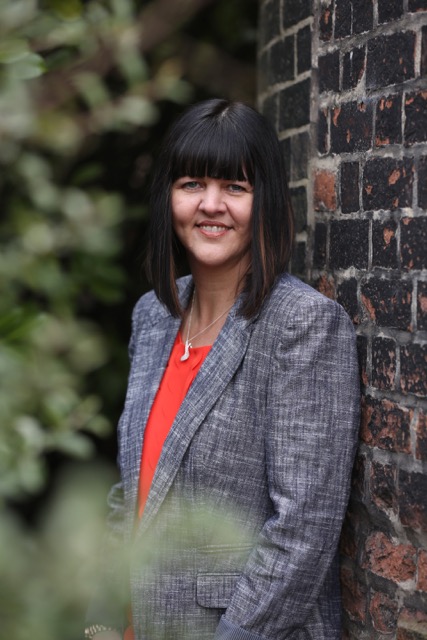 Thanks Mel for agreeing to write a guest blog. Mel is someone I greatly admire. Not only has she made it in the  horrendously difficult world of publishing, but she is always ready to give a helping hand to other writers.

Tell us a little about yourself and your writing.

I’ve been a published author for four years now, but I’ve been writing since I was a child in some form or other. I started writing short stories in my teens (never getting any published, though!) and then I started trying to write a book. My first novel, ‘Stirred with Love,’ under my pen name Marcie Steele was penned in 1999.

I tried for twelve years to get a publishing deal, writing several novels that went into my bottom drawer. Then I decided to self-publish and thankfully that worked.

Since then, I’ve written lots more books. Under my own name, I write psychological crime thrillers. I’m just about to start writing book number twelve.

What genres do you write?

Why do you write under different genre?

The original women’s fiction novels that I wrote were self-published under the name of Marcie Steele and did incredibly well. For a long time, I didn’t tell anyone my pen name but recently they have been republished by Bookouture, along with a completely new one, which is out in April this year. As well as that, there was a story I always wanted to write, which didn’t fit into either genre so that, ‘Watching over You,’ is a standalone psychological thriller.

In a nutshell, the reason for writing in different genres, was one of trying to get a book deal in the first instance. Now I have an audience I can write more of what I want to write, which is psychological crime dramas.

As I was reading authors such as Marian Keyes, Lisa Jewell and Adele Parks when I first started to write, it was a natural progression to write women’s fiction. But after I began to work as a housing officer for the local authority, as well as watching TV program, Shameless, my writing became a litte darker in places and I wrote The Estate Series, which is a cross between women’s fiction and crime thriller. After having no success getting that published the traditional way, I wrote a police procedural, set in my home town of Stoke-on-Trent and luckily that took off, so I turned that into a series too.

Do you get the same readers for both genres? If not, in what ways do you think they are different?

Of the readers who come and chat to me on social media, a lot of them have read me as both Marcie and Mel, which is very flattering. As well, women and men read me in both genres. I think it’s more a question of what a particular reader enjoys in the first instance. If they enjoy reading both crime and romance, readers might like each genre.

What do you like to do when you’re not writing, and does it come in useful for your stories?

At the moment, with any fledgling business, I don’t have much spare time as I’m busy wirting, marketing and promoting. As I like to interact with my readers, with social media being 24/7, I almost feel like I’m on call. Apart from reading, which is great escapism, I go on breaks away or take time away from my desk. Not nearly enough, I hasten to add, but I try to chill out and switch off. Surprisingly this is the best time for me to find new ideas.

What is at the root of your current book/story?

I’m always writing one and editing another. The one I’m currently writing, book twelve, I’m not allowed to talk about yet… details haven’t been released. The other one is my third Marcie Steele book, and the root of that is people are sometimes not who they seem. We’re still finalising the title on that one.

Is there any genre or style of writing you haven’t tried but would like to?

Your work space: chaos or calm?

Calm, unless I’m on a deadline. Then everything gets pushed to one side and I have a good tidy up afterwards.

Pitch your latest book to the world at large in 100 words.

‘Written in the Scars’

After years of living as a single parent, all Donna Adams longs for is someone to make her smile, to share hopes and dreams with.

Home from the army, Lewis is a changed man. Angry and consumed by grief, troubled by nightmares and flashbacks, his mind is worse now than ever.

Megan Cooper hides her scars for fear of being rejected.

Mary Marshall can’t always remember how she got hers.

If the past could be erased to make a better future, we’d all want that, wouldn’t we? But life is never that easy for the residents of The Mitchell Estate…

Do you have music playing when you write?

No, I have to write in silence. I can edit with anything on in the background, though.

Neither. I prefer a good rom com. There’s nothing like a good old belly laugh.

What is the oddest fact you have ever unearthed when researching a book?

Gross alert – that DNA can be found in vomit. I had to check as it was found near a body… the answer is yes.

What are you currently reading?

‘The Girl You Lost’ – Kathryn Croft

Do your allow your characters to ever take over the plot?

Always. I get my best twists that way.

What/when was the first piece of fiction you wrote? And what happened to it? (Be honest now!)

I wrote 1000 words love stories for a magazine called… Love Stories. I didn’t have any accepted, although I did get a message back with one, saying ‘nearly there, keep going.’ I didn’t.

Mel Sherratt writes gritty crime dramas, psychological suspense and fiction with a punch – or grit-lit, as she call it. Shortlisted for the prestigious CWA (Crime Writer’s Association) Dagger in Library Award 2014, her inspiration comes from authors such as Martina Cole, Lynda la Plante, Mandasue Heller and Elizabeth Haynes. She also writes contemporary fiction under the name of Marcie Steele.

Mel lives in Stoke-on-Trent, Staffordshire with her husband and terrier, Dexter (named after the TV serial killer) and makes liberal use of her hometown as a backdrop for some of her books.

Latest book – ‘Written in the Scars’:http://www.amazon.co.uk/Written-Scars-emotional-gritty-suspense-ebook/dp/B013YL33R8/ref=asap_bc?ie=UTF8